GoDaddy merged on the scene of web hosting company in 1999. They are among the top 10 web hoisting companies. They are quite famous due to their cheap prices on their plans and their notorious advertisements. The reason may be anything, but the important thing is that they are quite famous in the world of web hosting. They are offering web hosting at very low rates. They have a toll-free number where you can call and get in contact with the online operator for help, but it takes about 3 minutes to get in contact. 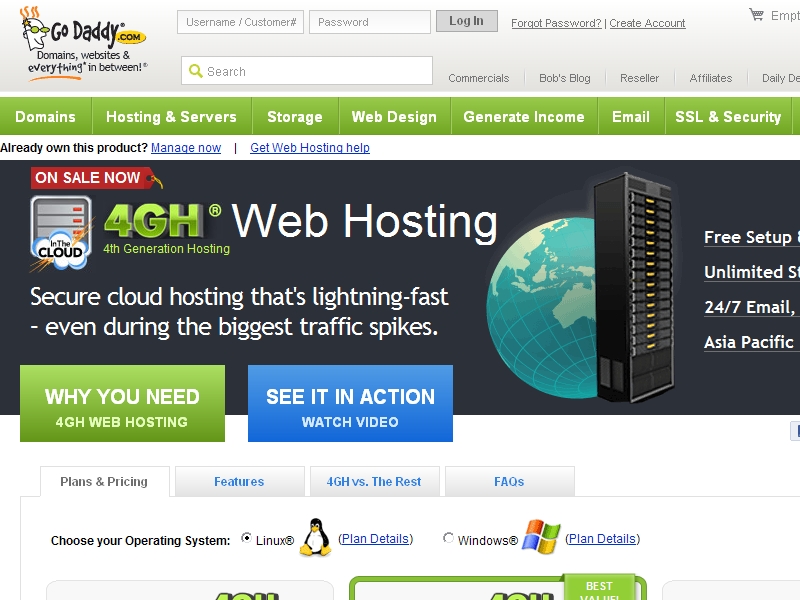 GoDaddy has its own cPanel. It is quite complicated and is not easily understandable. So it is better that you download your own FTP client. Their cPanel supports all kinds of services like it support windows, Linux, SQL server, PHP and ASP, but they don’t allow the enterprise connection required for the SQL server. Using the cPanel of GoDaddy is a challenge in itself so you have to be very careful with it.

The ratings for GoDaddy are quite low. Though it is on the list of top 10 best web hosts, but it has not made through the satisfaction of the people. The users are not satisfied with its hosting. It is rated 3 stars out of the 10 stars by the people.

The people who are using this web hosting service are not satisfied with it. They believe that their costs for its plans are quite high as compared to other web hosting companies. The server speed is also quite low, and the reliability is average. You can’t trust the customer care service center that whether they will pick your call or not. If they picked it up will they be able to solve your problem or not.

If I rate this web hosting company, I will give 1 star out of the 5 stars. The reason behind it is that they are charging their customers more than they are providing them. They are not able to satisfy their customers as they have claimed that they will do. Due to which they are losing their trust on the people and is falling down from the ranks.