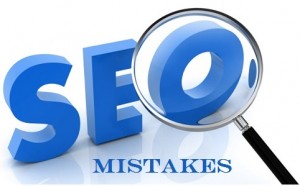 A huge drop in traffic and sales were the first indications that Mike Berkeleyhad that something had gone drastically wrong with his site. His first course of action was to call up his webmaster to find out if there were problems with the pages on the site. After it was determined that was not the issue the webmaster suggested that he check with his SEO company since the stats showed that the site was no longer getting hits for very important search terms.

Mike’s SEO consultant backed out from taking any responsibility for the decreased rankings even though an investigation of the site’s backlink profile showed tons of spammy backlinks. Mike’s situation is not unique. Thousands of small business owners like him are reeling from the loss of sales in their once thriving businesses.

If there is one lesson that you should learn as a webmaster or business owner is that you should not think that something is okay because everyone else is doing it. For years webmasters have been completely violating Google’s webmaster guidelines by creating unnatural links just to rank well in the SERPs. It worked for many years but today those very sites are paying the price.

Below are some common and detrimental mistakes that beginners and so called SEO pros make. Take note of them and resolve to do the right thing if you want to have a site that will stand up to the test of time.

It’s no secret that anchor texts were the little engines that could. They are used in link building to let the search engines know that those specific keywords were to be associated with the site that the link was being pointed to. The problem is that webmasters used the anchor texts in content even when it was out of context. In some cases it was affected the flow of words making it difficult for the reader to make the association. No diversity in anchor text was also one of the major mistakes made by inexperienced SEOs.

An evaluation of Mike’s backlink profile showed that he had links coming out from numerous paid and spammy sites. His SEO consultant promised him that he would be positioned on the first page in the SERPs and he delivered but the tactics used are the very same tactics that knocked the site almost completely out from the index.

Publishing spun content to hundreds of directories across the web, linking from Splogs, Directories, user profiles all in the effort to build links have been marked by Google as attempts to use non organic ways to gain an advantage in the SERPs. One common tactic has been to spam blogs with comments and this might have worked in the past but if your comments do not contribute to the conversation then your link would have been devalued.

Don’t think for a moment that what you do on the web affects only you. Many web users have searched the web looking for information only to come across pages of poorly written and useless content. Webmasters have had to clean up hundreds of useless comments every single day. Sure small business owners want to get a deal when they outsource SEO but cutting costs would have cost them more in the long run.

Get familiar with Google’s guidelines if you want to play in the big league and even if you don’t do the work yourself make sure that you work with a consultant who understands and plays by the rules.